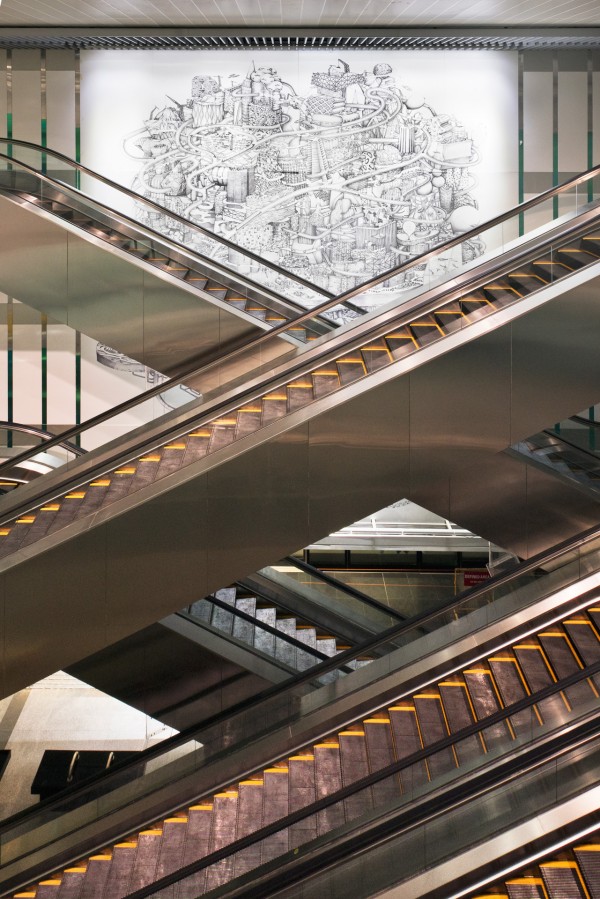 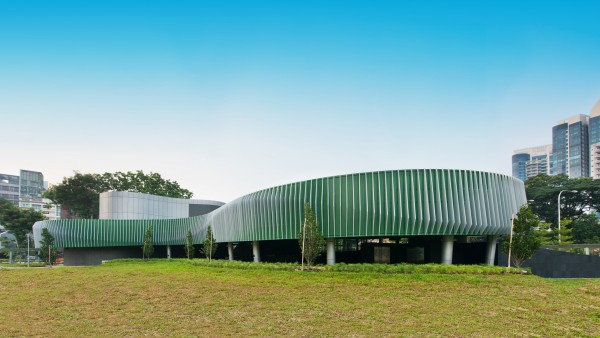 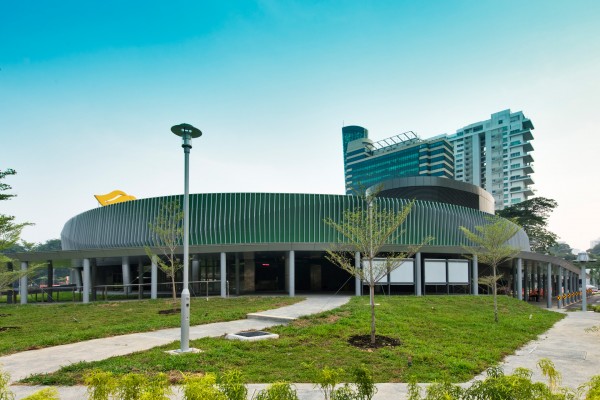 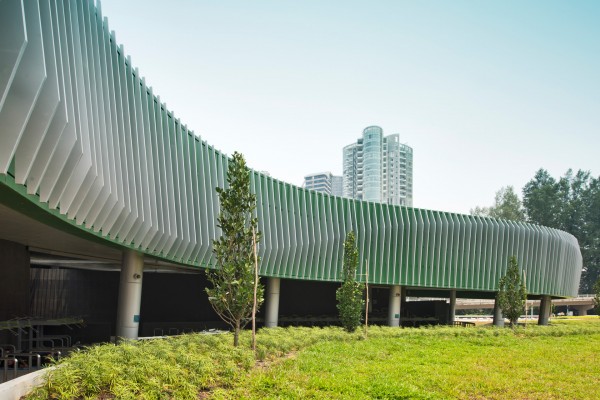 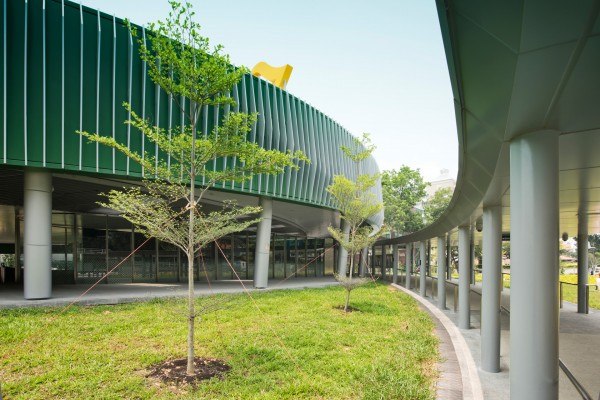 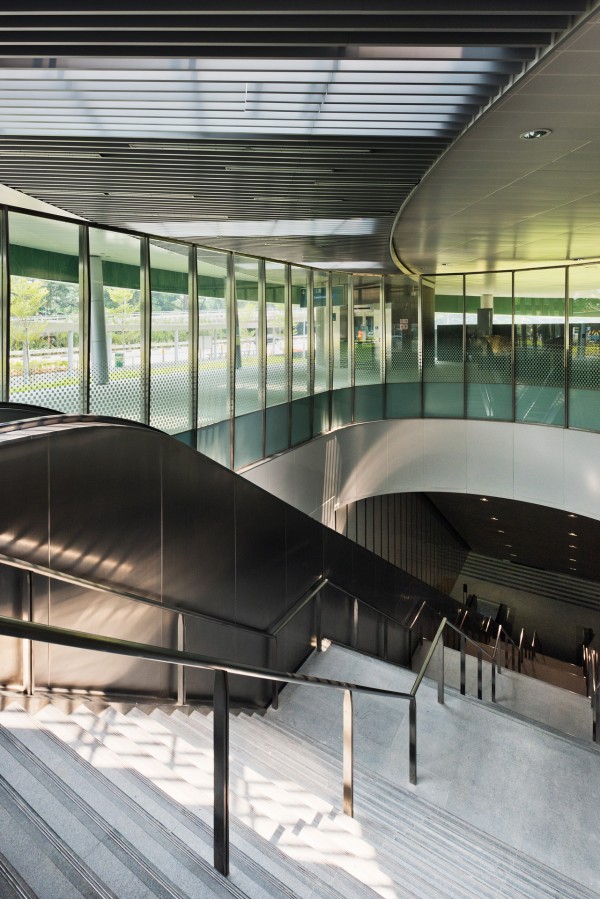 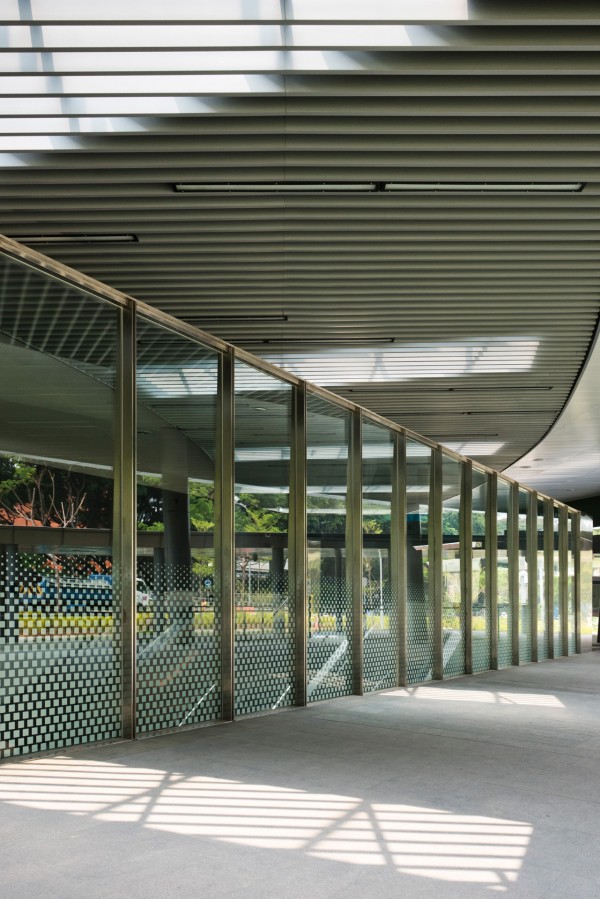 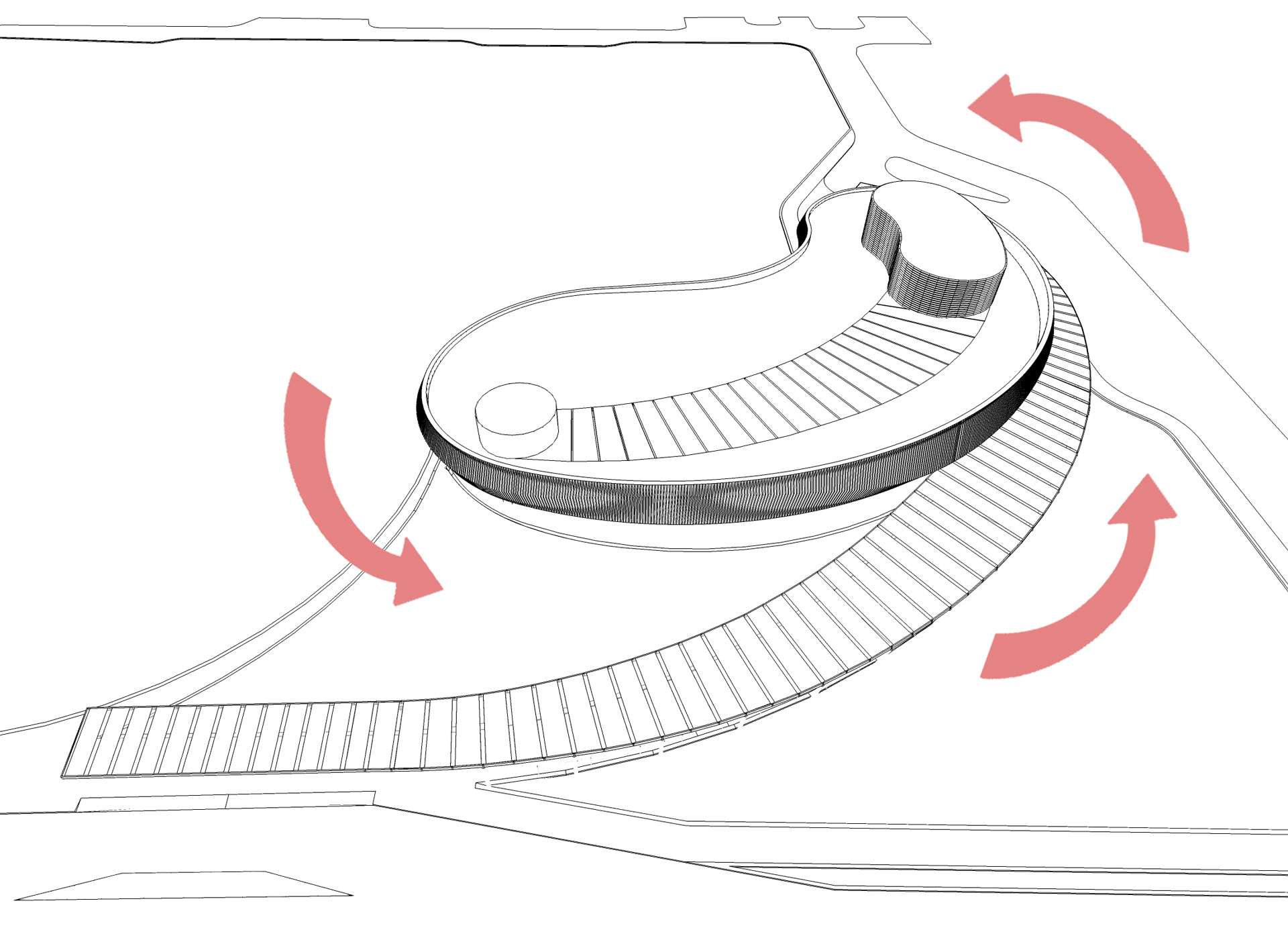 The new proposed station sits along Bukit Timah Road, near to the existing Newton MRT Station and the junction at Newton Circus. The imposing presence of the Newton Flyover dominates the landscape in the vicinity of the Newton Circus. Inevitably it creates an oppressive ‘wall effect’ on the right side of the road as one emerges from Newton Circus toward the direction to Bukit Timah. The situation thus presents an opportunity for the station to be a highly visible marker which concludes the drive around the preceding Newton Circus.

The objective is to relieve the peak-hour tension built up along this short drive and lighten the gloomy atmosphere created by the dark shadows of the existing flyover. We propose the station entrance to be a lively counterpoint to the flyover opposite the site. The entrance is sheltered by a simple curved roof form, which ascends and descends over the ground to shelter the entrance of the MRT station.

The roof is cladded with a fascia made of ever changing aluminum profile that creates undulating curve lines that reinforce the flow around the entrance. The circulation routes and the ancillary elements around and within the station entrance curve in relation to each other to form an organic landscape. The station will be an icon that generates an energetic visual effect and exuberantly wraps up the Newton Circus experience. 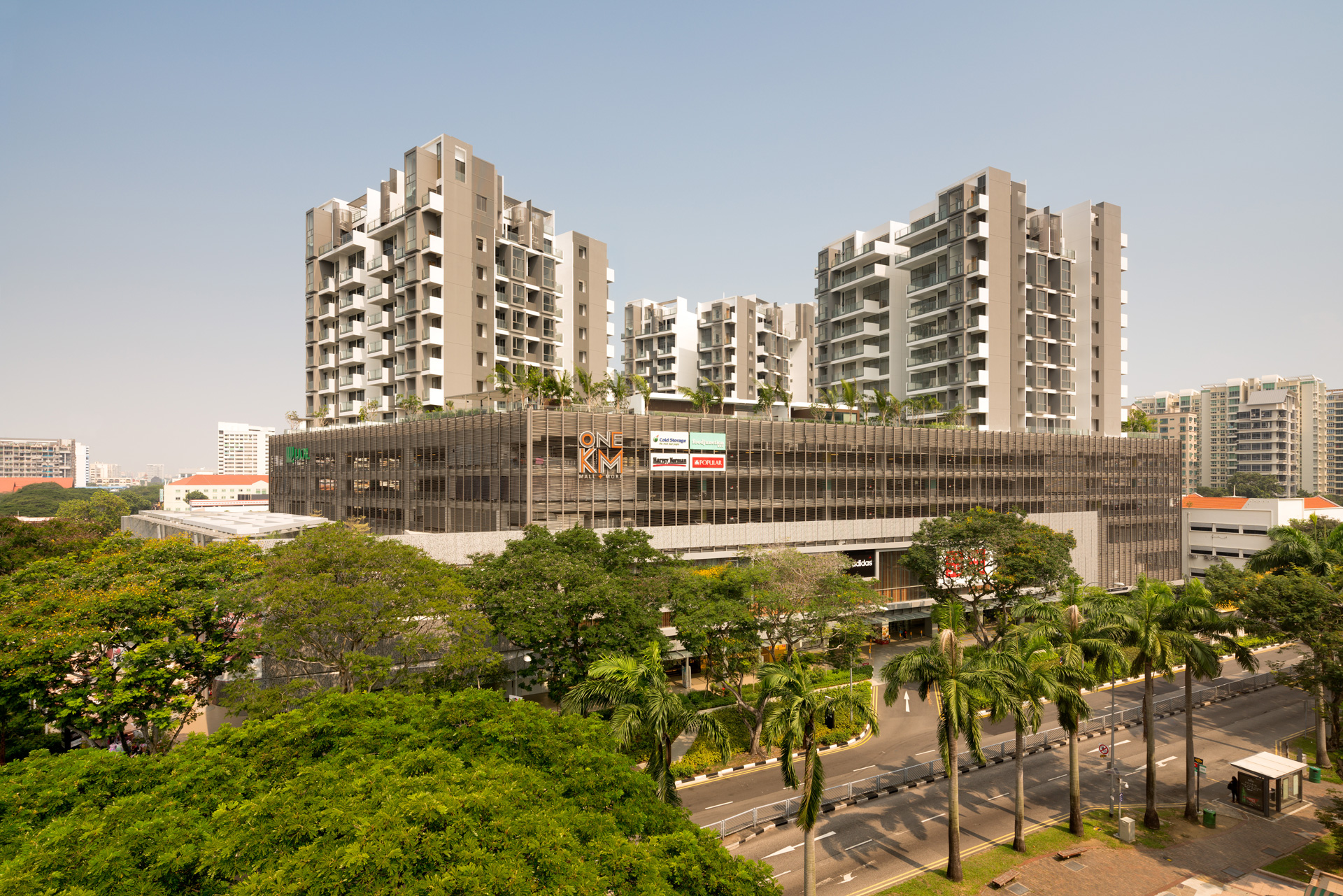 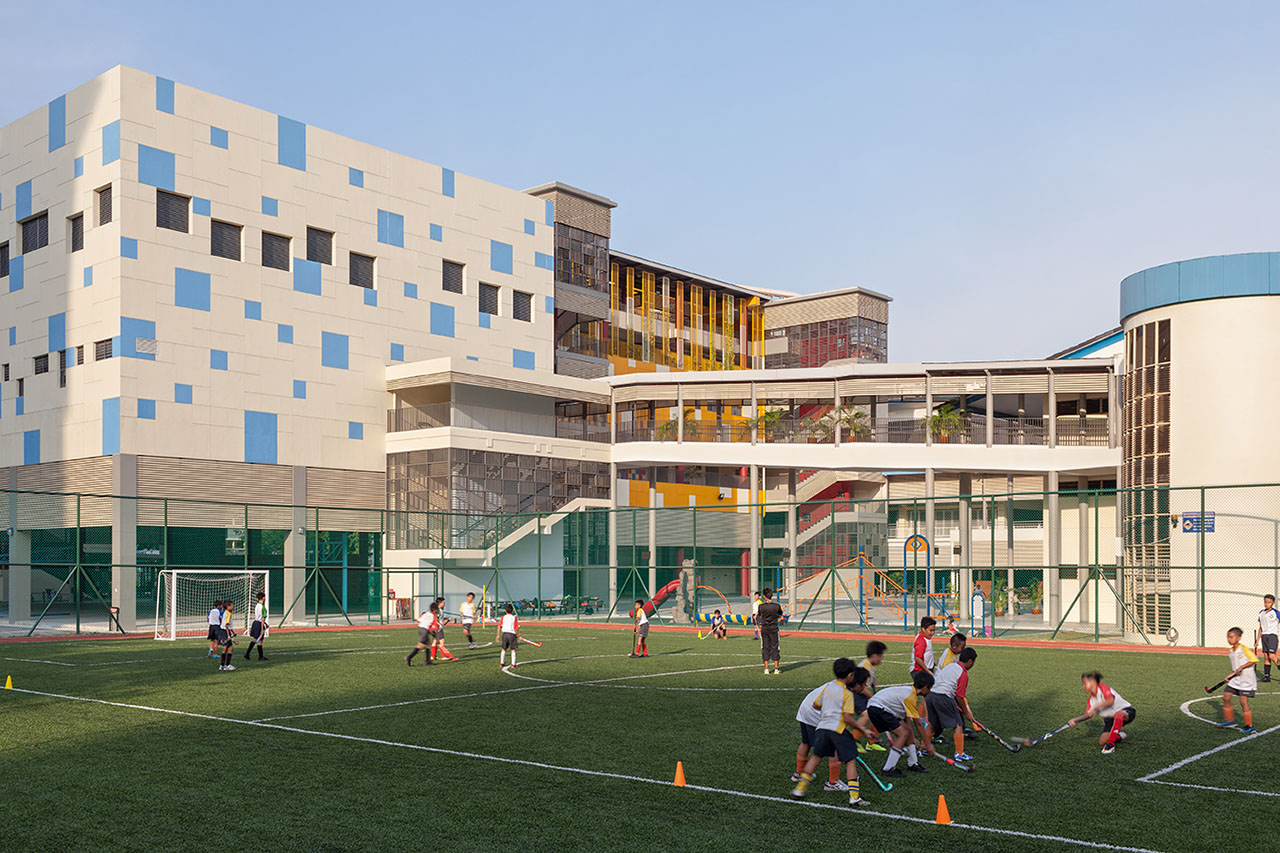