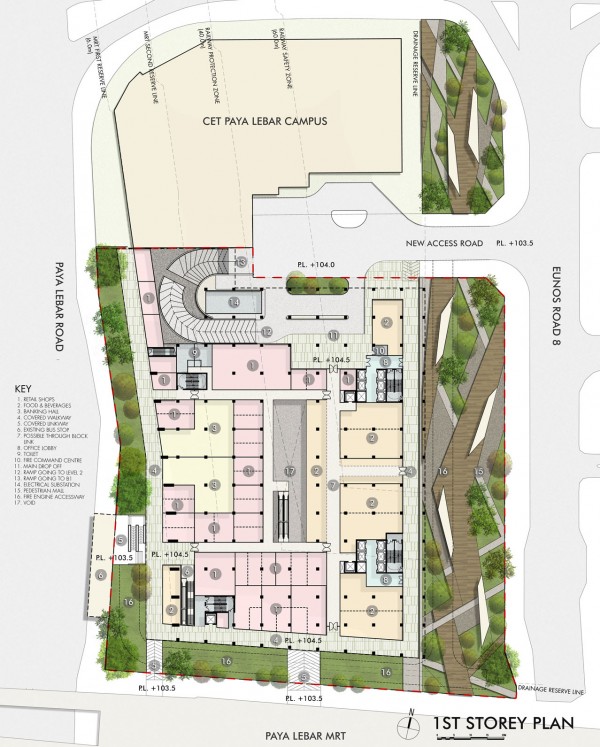 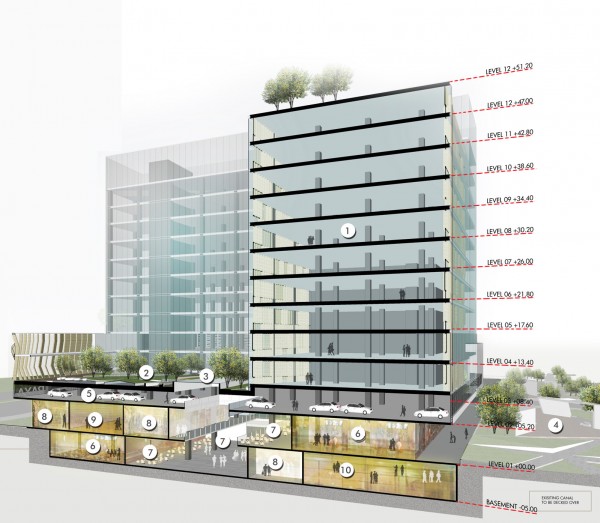 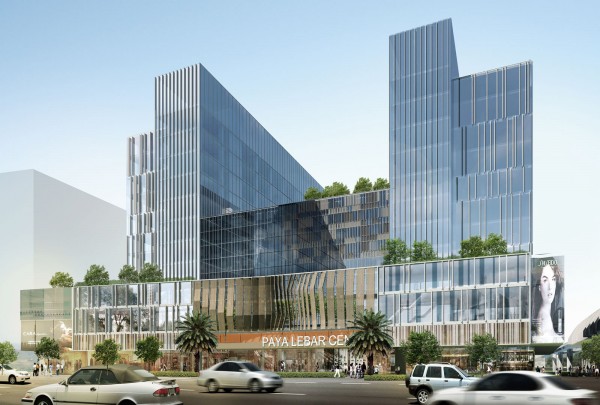 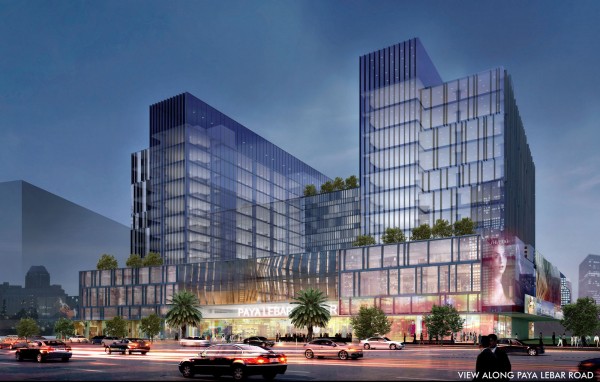 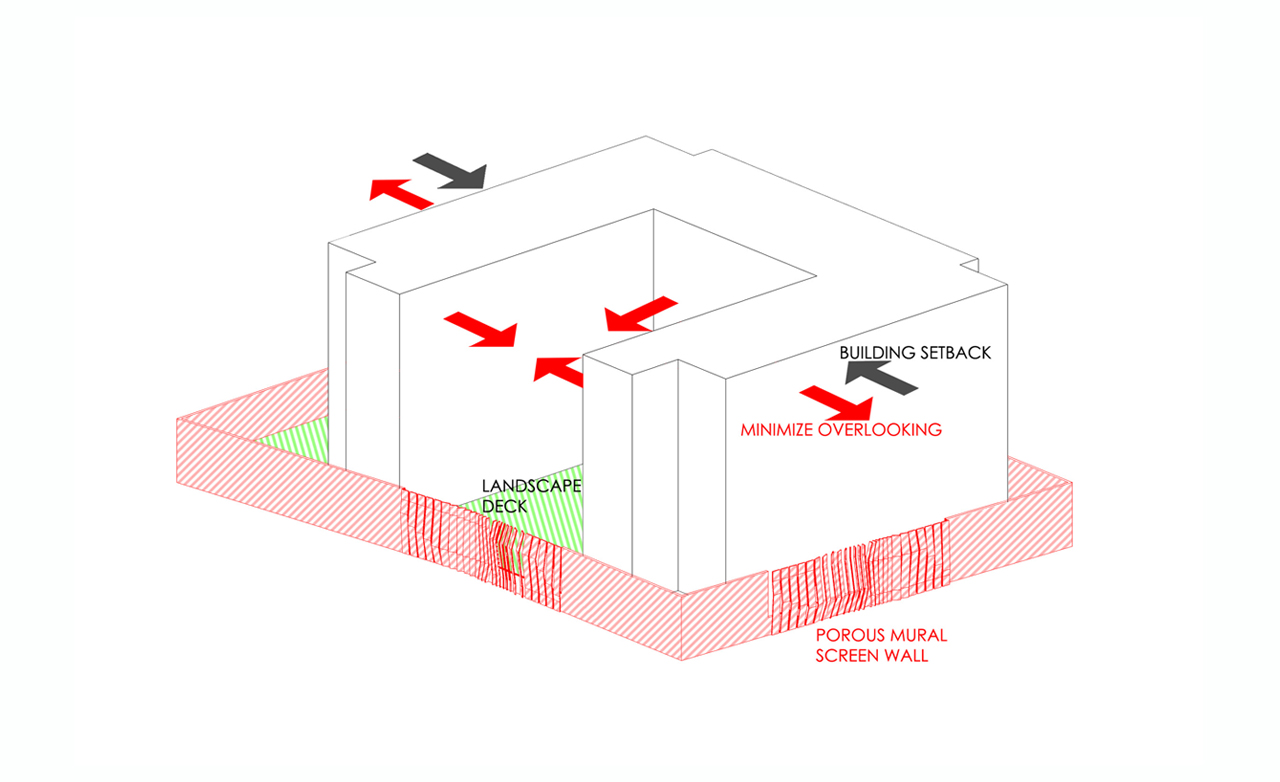 The proposed commercial development consists of an office tower on retail podium, split into a ratio of 8:2. As a mixed commercial development with stringent office space demands, retail functionality and need for substantial buffer zone, a strong organising principle was the key driver behind the planning and massing of the project, bringing the various requirements together into a cohesive whole.

Vertically, the design is zoned in clear layers – retail, common carpark, environmental deck and office units.  This logical approach aims to reap benefits of accessibility from MRT and bus stop to retail, and privacy and views to office.  The extensive environmental deck is a communal area in the middle, thus a buffer zone between the two. The planning of the development is fiercely functional and logical to ensure maximal practicality and marketability.

To sculpt the simplistic translation of this rigorous planning into architectural design, we have adopted a ‘layering’ approach to both the office and mall space.  The deep office tower is sliced along the common corridors into planes defined by each row of office, breaking down the monolithic form, creating a subtle layering effect without compromising the efficiency of the plans. Similarly, the podium retail mall is wrapped and layered with a porous rhythmic screen wall, forming an ‘urban mural’, allowing views out from the level 3 E-deck and views of greenery behind the screen from the street, which also serve as a privacy screen for the office units at the lower levels facing the MRT. 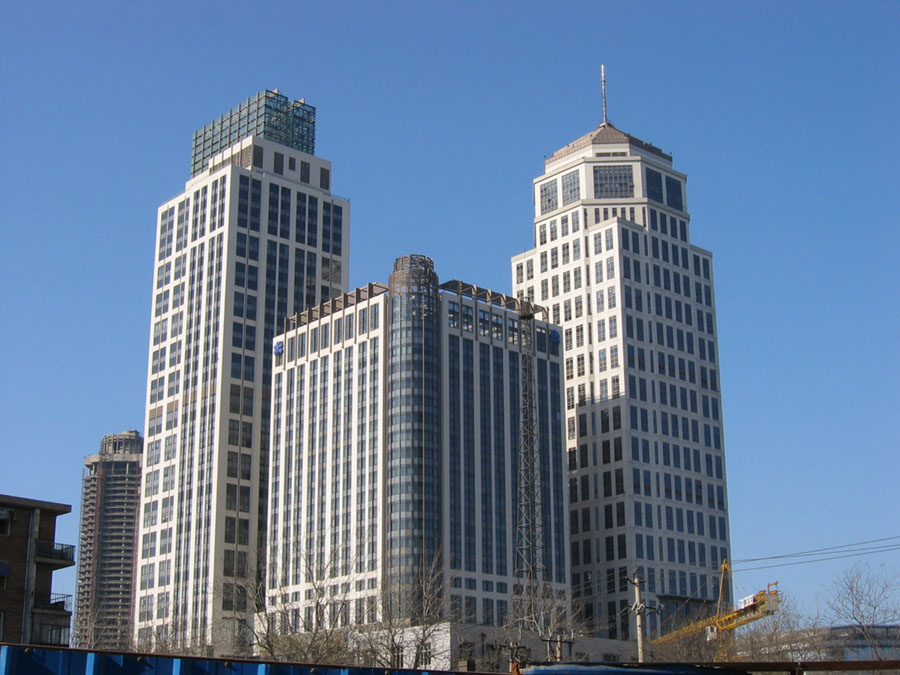 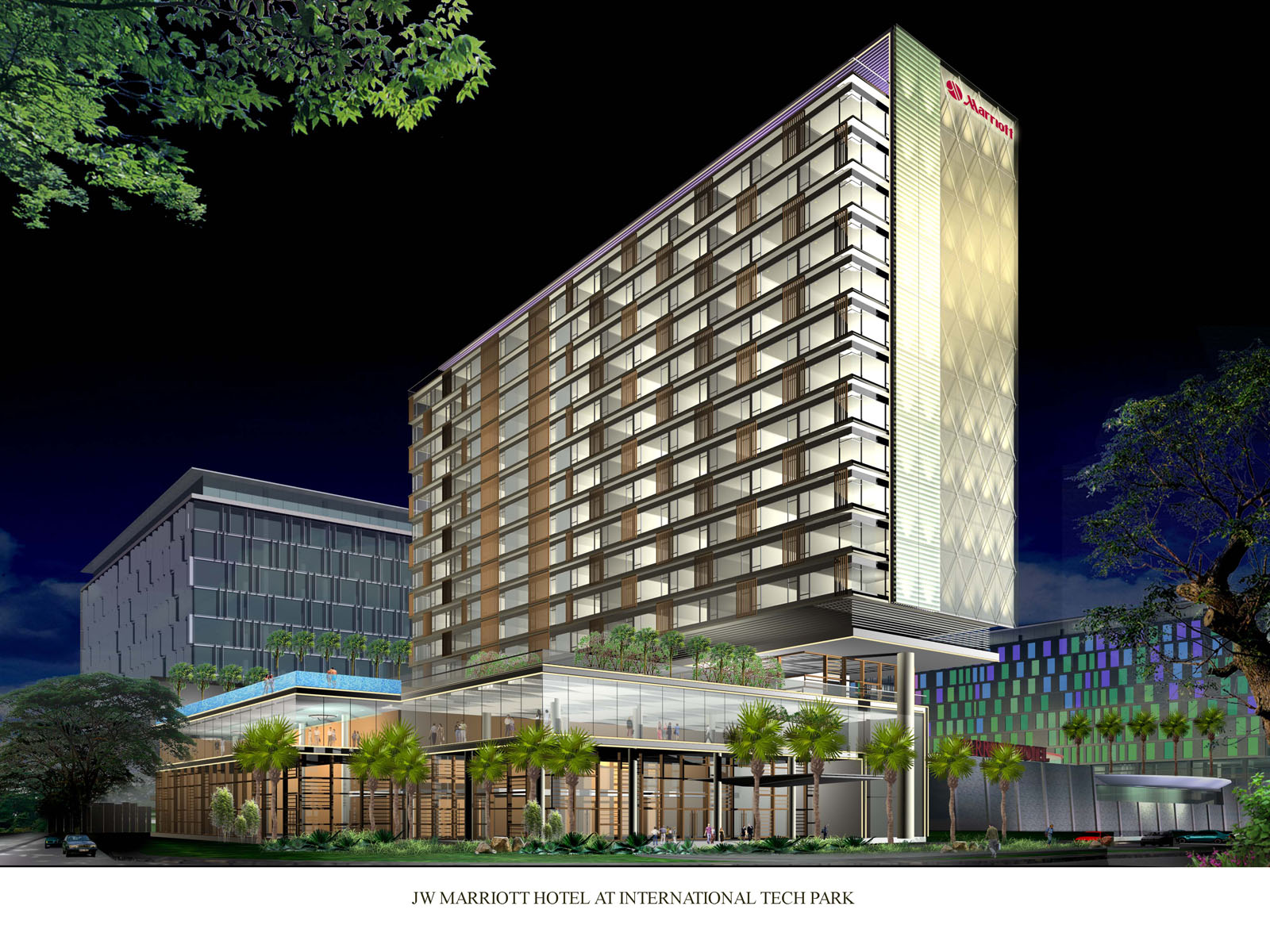