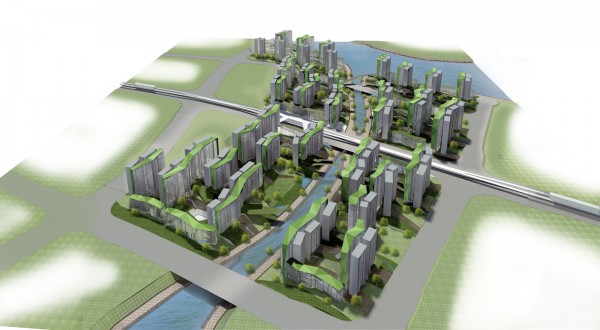 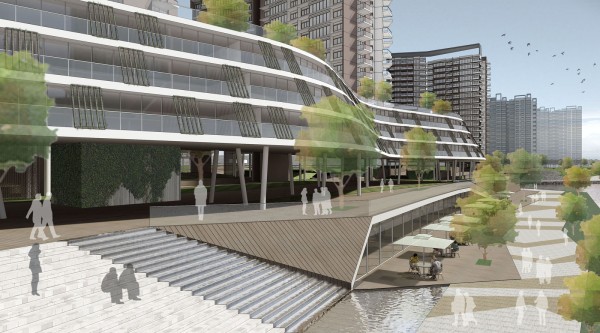 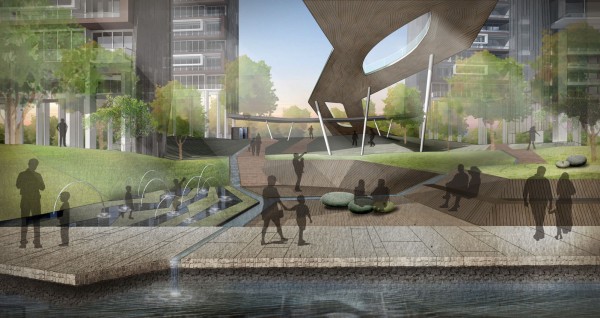 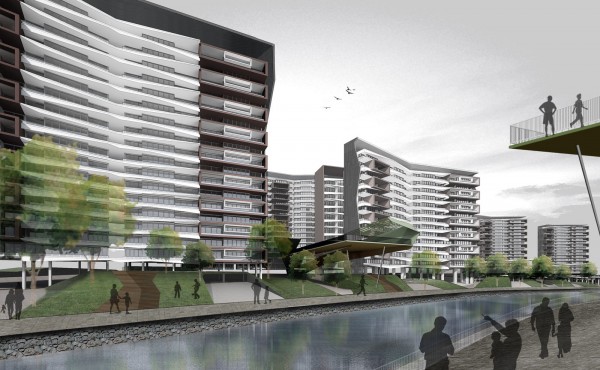 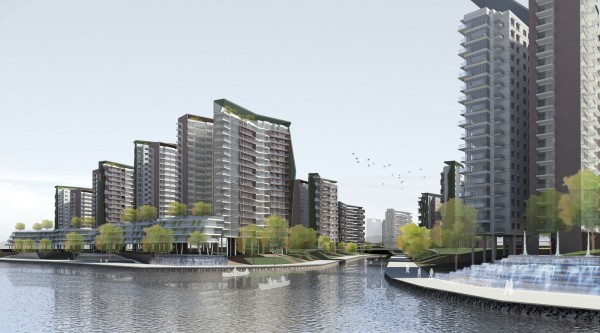 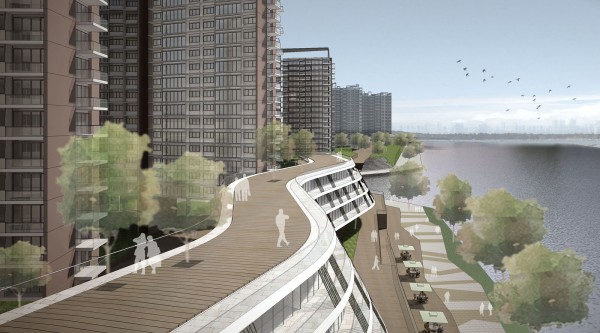 The Masterplanning concept is derived from the appreciation of the Punggol Waterfront site in terms of its strengths and weaknesses. While the river serves as the highlight for units closer to its banks, the deep ends of the parcels will not directly experience the water due to its location. We therefore bring the water to them.

Conceptually, we ‘overflow’ the river to ‘flood’ the plains. By doing this, the entire site is permeated by the river, which also forms the major circulation patterns on the grounds. We then position the dwelling units across the site, weaving across the direction of the ‘overflow’. This allows the units to attain a north-south facing and at the same time capture the views of the river. At the junctions of the blocks and the ‘overflow’ are fertile nodes where urban life flourishes. Finally, events spaces are inserted into these locations to activate the entire urban landscape.

The concept is articulated by creating a sloping ground with its lowest point at the river promenade and the highest at the rear of the parcels. The grounds consist of fragmented landscaped bands, which form the main circulation routes, while the openings between them provide ventilation for the carpark below.

5-6 storeys low rise podium blocks (SOHO/ Multi-Gen flats) are planned and designed along the perimeter of parcels, achieving an intimate urban edge, unique for this waterfront town. While high-rise dwelling blocks of varying heights of about 11, 14 and 17 storeys are staggered parallel along the Waterway.

At the pedestrian levels, the ground planes are articulated to create various ‘urban landforms’. These elements form unique urban environments while housing communal and commercial facilities, such as retail, childcare, multi-purpose fields and community gardens.

Ground planes peel off the land to form suspended linear decks leading residents to the river. Sky Tributaries’ terminate into ‘Sky Jetties’, which suspend above the river promenade. These iconic elements are precinct markers and communal spaces at the same time, accommodating various activities in the full view of the river. 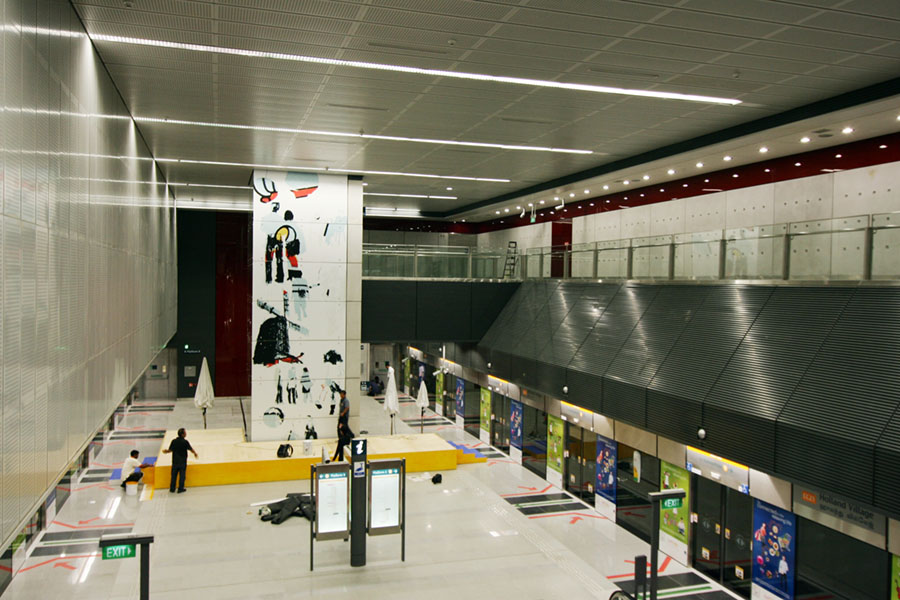 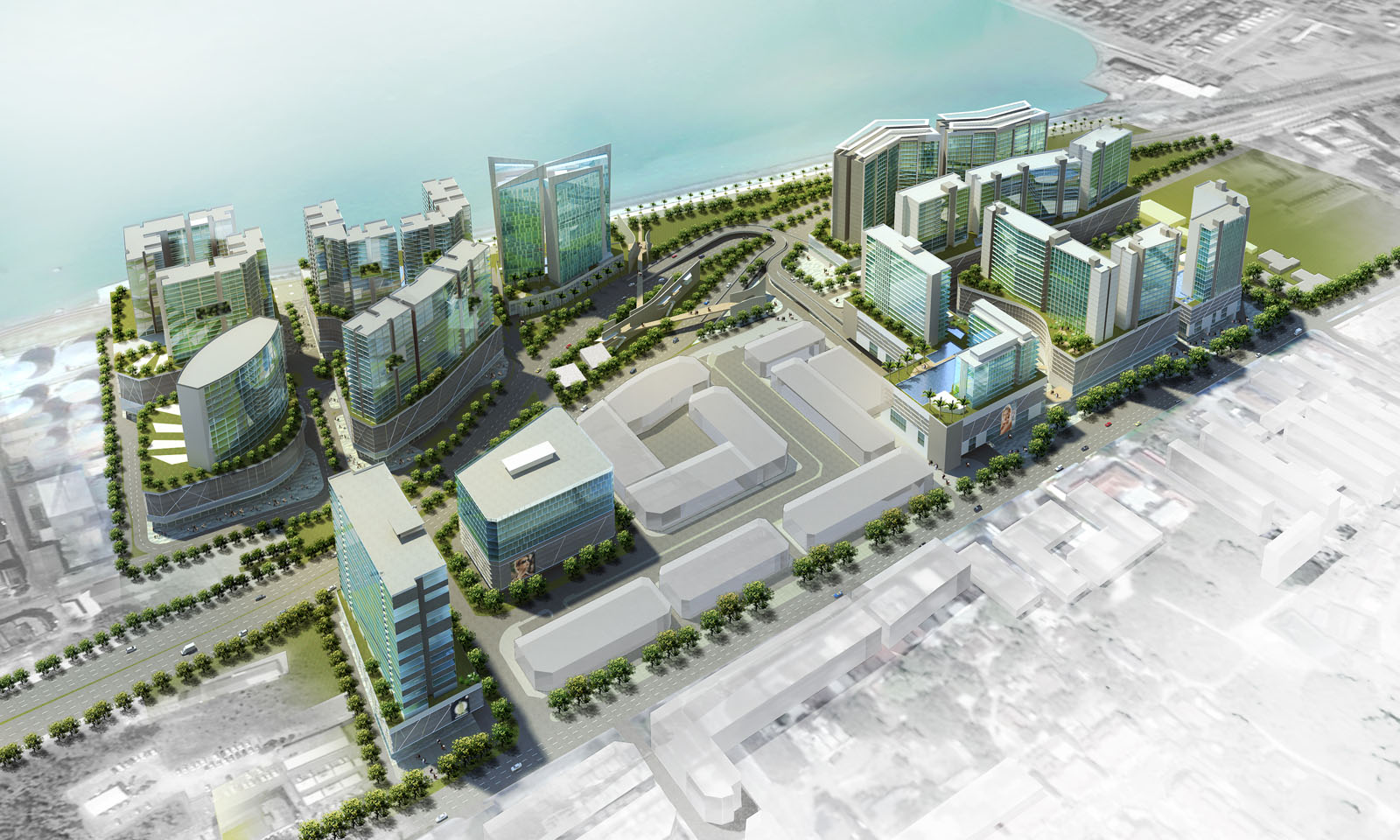