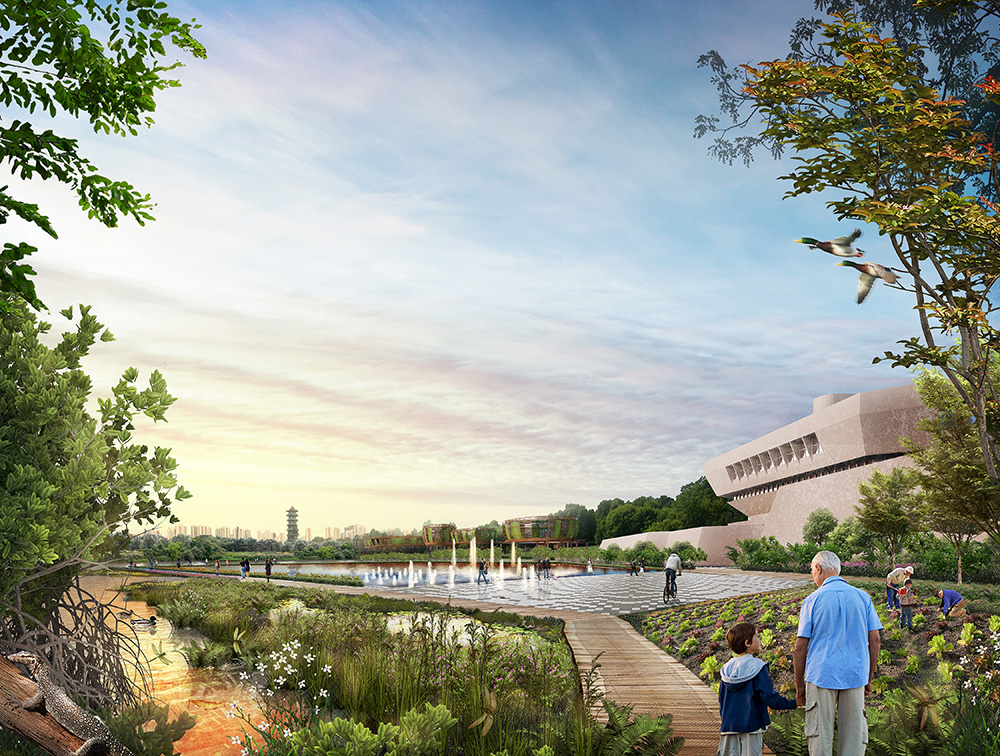 Today, the Singapore Urban Redevelopment Authority (URA) has appointed KCAP Architects&Planners, leading a multi-disciplinary team consisting of SAA Architects, Arup, S333 and Lekker, as winning consultant for the development of a masterplan for Singapore’s Jurong Lake District. The team submitted the best conceptual masterplan for the site.

Integration of heritage and nature
The team developed a high-density mixed-use concept masterplan for the area around the future high-speed rail terminus in Singapore. The ambition is to develop the area into a new mixed-use business precinct and home to the future HSR terminus, which will further anchor Jurong Lake District as ‘a district of the future’ and as Singapore’s second Central Business District. A key focus of the winning conceptual plan submitted by KCAP and team involved the integration of new waterways and a series of green spaces within Jurong Lake District whilst manifesting a strong, distinctive identity.

Process
An evaluation panel comprising senior representatives and practitioners from government agencies, academia and industry selected KCAP and team out of five international shortlisted teams as the winning consultant. Following this, the team will work with URA and relevant agencies to draw up a detailed masterplan proposal for the district. There will be an exhibition of the proposal in mid-2017 to gather public feedback where after the team will work with URA to refine the plans.

Jurong Lake District
Jurong Lake District is a regional centre in west Singapore, planned as part of URA’s decentralisation efforts to create new commercial activities, amenities and recreational facilities outside the Central Area of Singapore. The new mixed-use precinct, Lakeside Gateway, is set within the Jurong Lake District and will function as a new international gateway into Singapore with the future High Speed Rail to Kuala-Lumpur, Malaysia.